“Presenting @shreyastalpade27 as Bharat Ratna Atal Bihari Vajpayee in #Emergency, a true nationalist whose love and pride for the nation was unparalleled and who was a young upcoming leader during the time of Emergency…” Kangana wrote in the caption.

Earlier, Kangana Ranaut took to social media and dropped Anupam Kher’s first look from her film Emergency. Sharing the poster, the actress revealed that he will be playing the role of Jayaprakash Narayan in the film.

Kangana Ranaut unveils her first look as Indira Gandhi from Emergency, on July 14. The film is a biopic based on the life of former Prime Minister Indira Gandhi. She informed her fans that they have commenced the film’s shoot. In addition to writing, directing, and producing the film, Kangana also stars in it as well, essaying the role of Indira Gandhi. The film is all set to hit the theatres in 2023.

Ishwak Singh is ‘working in bed’ 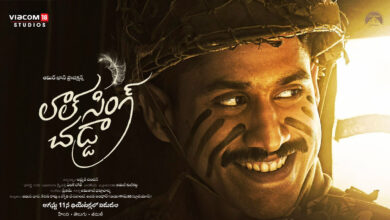