Taking to Instagram, she also shared her first look poster and video where she can be seen dressed in a saree and holding her glasses in her hand.

Sharing the poster, she wrote, “Presenting #EmergencyFirstLook!Portraying one of the most powerful and controversial women in the history of the world…#Emergency shoot begins.”

Sharing the clip she wrote, “Presenting ‘Her ’who was called ‘Sir’.”

In 2021, Kangana revealed her project, Emergency. Ritesh Shah, who also wrote Kangana's previous movie, Dhaakad, wrote the screenplay even though the star would be directing it.

The actress often shares updates about her film on social media. Last year in June, Kangana was share some photos and gave a glimpse of her transformation of Indira Gandhi’s role in ‘Emergency’. 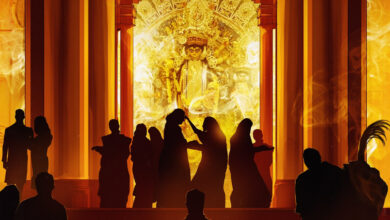