On Thursday, the makers of Swara Bhasker's ‘Jahaan Chaar Yaar' dropped an exclusive poster along with the release date of the film.

Directed by Kamal Pandey, the film is slated to release on September 16. Produced by Vinod Bachchan, the film also stars Meher Vij, Pooja Chopra, and Shikha Talsania in the leading roles.

Taking to her official Twitter handle, Swara Bhasker shared the motion poster of the film and announce the release date.

“4… 3… 2… 1… countdown starts for the #GirlsTripOfTheYear… #JahaanChaarYaar, in cinemas on 16th September… CANNOT KEEP CALM!” she wrote.

4…3…2…1… countdown starts for the #GirlsTripOfTheYear 🥂#JahaanChaarYaar, in cinemas on 16th September

‘Jahaan Chaar Yaar' narrates the journey of four married friends who set off to Goa seeking solace from their ordinary lives and find themselves in ‘an extraordinary adventure'.

‘Jahaan Chaar Yaar' is presented by Soundrya Productions film, and it is slated to release in theatres on September 16.

Lyricist Kaushal Kishore on what inspired him to pen ‘Muskurayega India’ 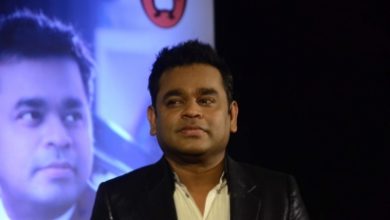 Deepshikha Nagpal Says It Was Her Dream To Be A Singer