Washington, Aug 13 (IANS) NASA's OSIRIS-REx spacecraft has performed its final practice before making its first attempt to grab a sample from asteroid Bennu's surface in October.

During the practice run of the sampling sequence this week, the spacecraft reached an approximate altitude of 40 metres over sample site Nightingale before executing a back-away burn, NASA said on Wednesday.

“This rehearsal confirmed that the team and all of the spacecraft's systems are ready to collect a sample in October,” OSIRIS-REx principal investigator Dante Lauretta of the University of Arizona, Tucson, said in a statement.

The approximately four-hour “Matchpoint” rehearsal took the spacecraft through the first three of the sampling sequence's four manoeuvres: the orbit departure burn, the “Checkpoint” burn and the Matchpoint burn.

Checkpoint is the point where the spacecraft autonomously checks its position and velocity before adjusting its trajectory down toward the event's third manoeuvre.

Matchpoint is the moment when the spacecraft matches Bennu's rotation in order to fly in tandem with the asteroid surface, directly above the sample site, before touching down on the targeted spot.

Four hours after departing its 1-km safe-home orbit, OSIRIS-REx performed the Checkpoint manoeuvre at an approximate altitude of 125 metres above Bennu's surface.

From there, the spacecraft continued to descend for another eight minutes to perform the Matchpoint burn.

After descending on this new trajectory for another three minutes, the spacecraft reached an altitude of approximately 40 metre — the closest the spacecraft has ever been to Bennu — and then performed a back-away burn to complete the rehearsal.

During the rehearsal, the spacecraft successfully deployed its sampling arm, the Touch-And-Go Sample Acquisition Mechanism (TAGSAM), from its folded, parked position out to the sample collection configuration, NASA said.

This second rehearsal provided the mission team with practice navigating the spacecraft through the first three maneuvers of the sampling event and with an opportunity to verify that the spacecraft's imaging, navigation and ranging systems operated as expected during the first part of the descent sequence.

On October 20, the spacecraft will travel all the way to the asteroid's surface during its first sample collection attempt, NASA said.

During this event, OSIRIS-REx's sampling mechanism will touch Bennu's surface for approximately five seconds, fire a charge of pressurised nitrogen to disturb the surface and collect a sample before the spacecraft backs away.

The spacecraft is scheduled to return the sample to Earth on September 24, 2023.

88% Indians believe bots should be used for admin work 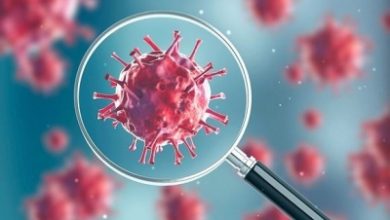 Apple iPhones get costly in India after import duty hike

Most Viewed
Back to top button
Close