Bhopal, March 20 (IANS) Madhya Pradesh Chief Minister Kamal Nath on Friday called for a legislative party meeting at his residence ahead of the floor test in the state Assembly.

On Thursday, the Supreme Court had ordered a floor test for the Kamal Nath-led Congress government in the state and asked to complete the proceedings before 5 p.m.

State Public Relations Minister P.C. Sharma said that a legislative party meeting has been called by the Chief Minister at 10.30 a.m. on Friday. Sharma also claimed that the Kamal Nath-led government will successfully prove the majority.

The Assembly Secretariat has called a session at 2 p.m. on Friday on the orders of the Supreme Court. The agenda was declared by the Secretariat late on Thursday night.

Kamal Nath has also called a press conference at 12 noon on Friday ahead of the Assembly session where he is expected to make an important announcement.

Both the BJP and the Congress have issued whip to their legislators. The current situation of the Assembly seems to be in BJP's favour as the resignations of 16 rebel Congress MLAs was accepted by Speaker Narmada Prasad Prajapati on Thursday.

Tihar Jail bars meeting of inmates with families till March 31

US working with India on Covid-19 vaccine project: Trump 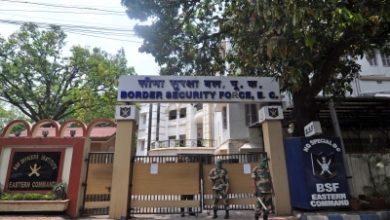