Bollywood actor Akshay Kumar has finally unveiled the teaser of ‘Ram Setu' on the occasion of the first day of Navratri. Directed by Abhishek Sharma, the film also stars Satyadev Kancharana, Jacqueline Fernandez, and Nushrratt Bharuccha in the lead role.

In the film, he plays an archeologist who is on a mission to discover and save the ‘Ram Setu'.

Sharing the teaser on Twitter, Akshay wrote, “राम सेतु की पहली झलक…just for you. Made this with a lot of love, hope you like it. बताना ज़रूर #RamSetu. October 25th. Only in Theatres worldwide (sic).”

राम सेतु की पहली झलक…just for you. Made this with a lot of love, hope you like it. बताना ज़रूर #RamSetu. October 25th. Only in Theatres worldwide.https://t.co/Ws7MImRmLA

The less-than-a-minute-long teaser starts with Akshay Kumar talking about saving ‘Ram Setu' within three days. Then we see glimpses of Akshay Kumar, Jacqueline Fernandez, and Satyadev trying to escape. However, the teaser did not reveal much about the storyline of Ram Setu. In the end, we see Akshay Kumar wearing an Iron Man kind of suit and diving underwater.

The film is co-produced by Akshay's company Cape of Good Films along with Amazon Prime Video, Abundantia Entertainment, and Lyca Productions. ‘Ram Setu' is scheduled to release in theatres on October 25 this year.

Kangana is not Sushant’s friend or representative: SSR family’s lawyer

Sonali Bendre: Ironic that Gudi Padwa falls at the start of 21-day lockdown 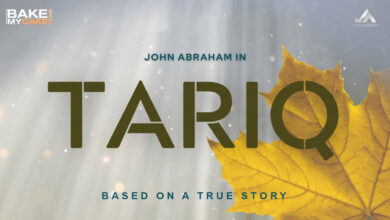