Bollywood actress Huma Qureshi has wrapped up shooting for the second season of her SonyLIV series, ‘Maharani'.

The series was shot across Bhopal, Hoshangabad, and Jammu & Kashmir, which was Qureshi's last schedule.

The first season of the show featured Huma as Rani Bharti, a village woman, and wife of the ex-Chief Minister of Bihar, who is handpicked to take over the State after a scam hits the ruling party.

Meanwhile, on the professional front, Qureshi was recently seen in Sanjay Leela Bhansali's drama ‘Gangubai Kathiawadi' in a special appearance. 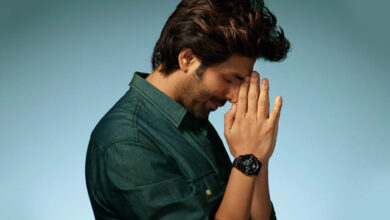 Kartik Aaryan tests negative for COVID-19, goes back to work