Sharing the trailer on Twitter, Ajay Devgn wrote, “The season of festivity is all set to start with the game of life, jahan hoga sabke karmon ka hisaab! #ThankGod Trailer out now. In cinemas on 25th October (sic).”

The season of festivity is all set to start with the game of life, jahan hoga sabke karmon ka hisaab!#ThankGod Trailer out now.
In cinemas on 25th October.

The 3 minutes and 9 seconds long trailer gives you full entertainment and comedy. The trailer opens with Sidharth Malhotra, a regular office goer, stuck between life and death after meeting with an accident. He meets Chitragupta aka Ajay Devgn, who makes him confront his weaknesses, like anger, and jealousy among others. Despite the dialogues being silly on paper, Devgn makes them work with his trademark delivery. Sidharth returns to comedy after a while, and it is refreshing. Rakul plays an ambitious police woman but not much is known about her role from the trailer. The trailer will also make you reminiscent of the viral Manike Mage Hithe which has been used as the main theme for the film.

‘Thank God' is scheduled for release on 25 October 2022 coinciding with Diwali.

Ricky Kej: I create music only on environment, sustainability 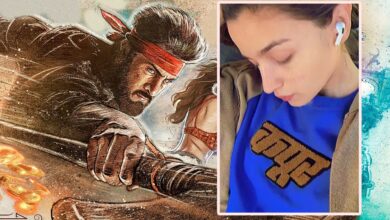 Katrina reveals what keeps her busy ‘all day every day’