Mumbai, Sep 12 (IANS) Shriyam Bhagnani is the first cousin of actor-producer Jackky Bhagnani and she has bagged a pivotal role in an upcoming web series to be directed by Nagesh Kukunoor. She tells you the ongoing debate on nepotism tends to simplify the problem.

“The ongoing nepotism debate tends to simplify the problem. While one understands the different perspective, it is unfair to generalise the industry as a whole. I feel everybody has their own journey with their unique hurdles, and if you're talented you find the right platform. That's the beauty of Bollywood. Only talent rules here,” she said.

Shriyam has done small roles in films like “Baaghi 2” and “Batti Gul Meter Chalu” and Kukunoor's directorial is the first time she will be seen in an important role.

Currently, the budding actress is going through the process of body transformation for her role in Kukunoor's untitled series.

Talking about working with the feted filmmaker, Shriyam said: “I have never met a person, let alone a professional, with such clarity and focus as Nagesh sir. There is so much to learn and absorb on his sets — from an amazing crew, to set design, to the script — everything reads out a passion for filmmaking.”

She added: “Our producer Elahe Hiptoola ma'am once said to me she wants to create an environment on the set where every single person is respected by everyone else, and works to their maximum capability with ease. That's what it feels like being on the set.”

Shriyam prefers not to go into details about the show or her character. “While I'm yearning to talk about my character, it may spoil the fun for the current viewers of the show,” she reasoned. 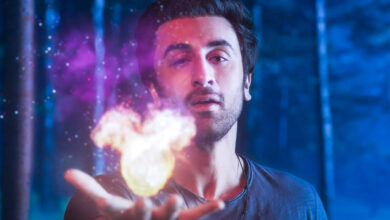