The song is crooned by Arijit Singh, composed by Pritam and lyrics have been penned down by Amitabh Bhattacharya. The soulful song in the voice of Arijit Singh will make you fall in love with it. The lyrics are beautifully written and are the perfect love song of the year.

The official social media page of Aamir Khan productions shared the song with the poster of the video, where we see Kareena and Aamir. While Kareena’s character Rupa is seen standing with her hands on Laal’s (Aamir) face, the latter is seen kneeling down in front of her. The caption read, “The agony of longing, the sweet pain of a love unrequited, the desire of making this moment last forever. The song that captures this everlasting emotion (sic).”

Directed by Advait Chandan, the movie also features Naga Chaitanya, which marks his debut in the Bollywood industry. It is produced by Aamir Khan Productions, Viacom18 Studios, and Paramount Pictures. The film is an Indian adaptation of Tom Hank's 1994 film, Forrest Grump. ‘Laal Singh Chaddha' is scheduled to release in theatres on August 11, 2022.

Noah on growing up in shadow of sister Miley Cyrus 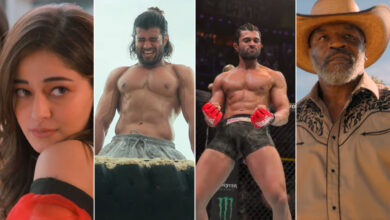 Vijay Deverakonda and Ananya Panday-starrer Liger trailer out, film to release on August 25

Original films galore in OTT space over the next months