San Francisco, Nov 28 (IANS) If you want to get your hands on all the new games out there, the Black Friday deals may help you save a lot of cash. The older games may come even cheaper.

While discounts are available on new titles, including Call of Duty: Modern Warfare and the usual suite of EA sports games, one can get older games like Far Cry 5 for $14.99 or Hitman 2 for $19.99, according to a report in Forbes.com reported on Wednesday.

The news that Sony and Microsoft have releases — the new PlayStation 5 and next Xbox, respectively — for 2020 is also partly driving the drop in prices.

For those with PS4 who want to jump to virtual reality, they can get the PSVR helmet with five compatible for a total of just $199, said the report.

Sony PS4 Pro will be on sale for $300 at multiple online retailers and physical locations including Walmart, Target, Best Buy, Gamestop and Amazon, said the report.

Black Friday is the day that comes right after Thanksgiving Day in the US. Thanksgiving being one of the biggest festive and shopping seasons in the US, now online stores all over the world including the UK, Japan, Australia and the European Union offer Black Friday sales.

With retail chains and e-commerce stores across these countries offering huge discounts on a wide range of products, Black Friday is widely regarded as a great time to grab deals on products ranging from electronic gadgets to lifestyle and designer goods from a number of countries.

How your psyche affects your skin health

Samsung to launch Galaxy A31 in India in June first week

Huawei set to launch Freebuds 3 in India this month 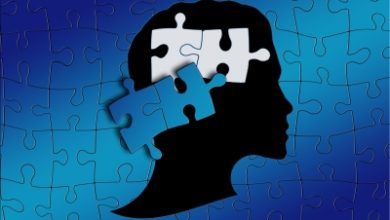 Pets may relieve stress for parents of kids with autism: Study

December 20, 2019
Most Viewed
Back to top button
Close
Close