New York, May 31 (IANS) Your pet dog will always come to rescue your from trouble as according to the researchers, dogs save distressed human owners as long as they know how.

For the findings, published in the journal PLOS ONE, the researchers wanted to know how dogs take chances to rescue their owners.

“Simply observing dogs rescuing someone doesn't tell you much, the difficult challenge is figuring out why they do it,” said study researcher Joshua Van Bourg from Arizona State University in the US.

For the results, the research team set up an experiment assessing 60 pet dogs' propensity to rescue their owners. None of the dogs had training in such an endeavour.

In the main test, each owner was confined to a large box equipped with a light-weight door, which the dog could move aside. The owners feigned distress by calling out “help,” or “help me.”

Beforehand, the researchers coached the owners so their cries for help sounded authentic.

“About one-third of the dogs rescued their distressed owner, which doesn't sound too impressive on its own, but really is impressive when you take a closer look,” Van Bourg said.

According to the study, that's because two things are at stake here. One is the dogs' desire to help their owners, and the other is how well the dogs understood the nature of the help that was needed.

The researchers explored this factor in control tests — tests that were lacking in previous studies.

In one control test, when the dog watched a researcher drop food into the box, only 19 of the 60 dogs opened the box to get the food. More dogs rescued their owners than retrieved food.

“The fact that two-thirds of the dogs didn't even open the box for food is a pretty strong indication that rescuing requires more than just motivation, there's something else involved, and that's the ability component,” Van Bourg said.

In another control test, the research team looked at what happened when the owner sat inside the box and calmly read aloud from a magazine.

What they found was that four fewer dogs, 16 out of 60, opened the box in the reading test than in the distress test.

The fact that dogs did open the box more often in the distress test than in the reading control test indicated that rescuing could not be explained solely by the dogs wanting to be near their owners.

“What's fascinating about this study, is that it shows that dogs really care about their people,” Van Bourg said.

“Even without training, many dogs will try and rescue people who appear to be in distress — and when they fail, we can still see how upset they are,” Van Bourg added.

The results from the control tests indicate that dogs who fail to rescue their people are unable to understand what to do — it's not that they don't care about their people.

US states, public divided over reopening economy amid pandemic 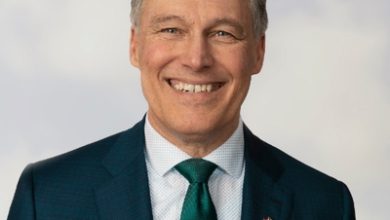 Washington to reopen under phased plan

This was an attack, this wasn’t the flu: Trump