South superstar Vijay Deverakonda's sports-based drama ‘Liger' is one of the much-anticipated movie of this year. Directed by renowned South Indian filmmaker Puri Jagannadh, the film is slated to release on 25th August. Now, ahead of the release, the film star dropped his first look from the movie and it has got fans all excited. The new poster sees Vijay Deverakonda as he goes completely nude, holding just a bouquet of roses hiding his modesty. The poster also puts on display his chiselled physique and six-pack abs. Along with the poster, we see a text that reads, “Saala Crossbreed.”

Taking to his Twitter handle, the Arjun Reddy actor share the poster and wrote, “A Film that took my everything. As a performance, Mentally, physically my most challenging role. I give you everything!
Coming Soon #LIGER (sic).”

A Film that took my everything.
As a performance, Mentally, physically my most challenging role.

The film is ready to hit the theatres on August 25, 2022, in five languages – Hindi, Telugu, Tamil, Malayalam, and Kannada.

Abhishek Bachchan: ‘I request all to stay calm and not panic’

Arjun to raise funds for animals affected by COVID-19 lockdown 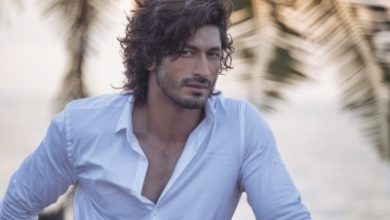 Vidyut Jammwal: I had an intention of being an action hero