Tiger Shroff and Tara Sutaria-starrer ‘Heropanti 2' has been one of the highly-anticipated movies of the year. And now, after the announcement of the opening up of theatres in Maharashtra, ‘Heropanti 2' has gotten a new release date, and makers have announced the news by sharing a new action poster.

Tiger and Tara updated movie buffs with the new release date through their Twitter handles. The movie will be coming to the theatres on Eid, next year. Sharing a new poster, Tiger wrote, “Happy to announce that I share with you that our film #Heropanti2 will be releasing in theatres near you on Eid 2022! Agli Eid bitayenge aapke saath (sic).”

The new poster of the action-packed film unveiled Tara's look for the first time. The actors could be seen dressed in black and appears like secret agents. While Tiger looks suave as always in a black suit and a white shirt underneath, Tara looks alluring in a black off-shoulder bodycon dress.

For the unversed, apart from Tiger and Tara Sutaria, Nawazuddin Siddiqui are also a part of the film.

The film is the sequel of Tiger and Kriti Sanon's 2014 debut film ‘Heropanti'. The movie will be directed by Ahmed Khan, who also directed Tiger's last release, Baaghi 3′.

Adnan Sami shuts up troll telling him to be vegan 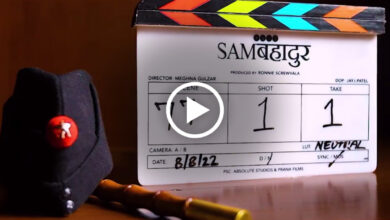 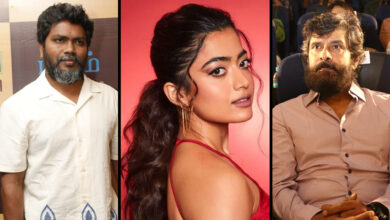 Rashmika Mandanna to team up with Vikram for ‘Chiyaan 61’