Some unidentified terrorists on Tuesday attacked a patrol party of the security forces in Anantnag in south Kashmir.

According to official reports, “The Terrorists opened fire at the security forces at Marhama area of Anantnag south Kashmir, however, no one was injured in the attack. Security forces cordoned the whole area as it’s believed that some terrorists could be holed up in the area.”

After the attack, the area was cordoned off by the security forces and a massive search operation is currently underway.

Additional reinforcement has been rushed to the spot. 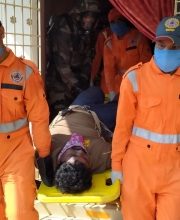 100-year-old UP education board prepares for revamp

Books to read during Pride Month

Behind bars, but Dons aren’t dormant!

Continue welfare schemes even after lockdown: HC to Delhi govt