Hyderabad, Sep 8 (IANS) The Telangana Assembly took up and passed a resolution on Tuesday to urge the Centre to confer the Bharat Ratna posthumously on former Prime Minister PV Narasimha Rao, even as the AIMIM boycotted legislative proceedings.

All India Majlis-e-Ittehadul Muslimeen (AIMIM), a friendly party of the ruling Telangana Rashtra Samithi (TRS), said in a brief statement that it decided to boycott Tuesday's proceedings in the Telangana Assembly and the Legislative Council as it “cannot support the resolution and discussion on the centenary celebrations related to Rao”.

AIMIM's floor leader Akbaruddin Owaisi and six other members stayed away from the Assembly when the House discussed and passed the resolution moved by Chief Minister K Chandrashekhar Rao, urging the Centre to confer the country's highest civilian award on late Narasimha Rao.

AIMIM's both Legislative Council members also did not participate in the proceedings.

Several Muslim groups in Telangana have been opposing the birth centenary celebrations of Narasimha Rao on the ground that the Muslims could never forget the fact that it was during his rule that the Babri Masjid at Ayodhya was demolished. The state government's move to pass the resolution for the Bharat Ratna to the former PM further angered them.

In February 2005, AIMIM had refused to support a condolence motion in the Assembly of then undivided Andhra Pradesh to pay tributes to Narasimha Rao, who died on December 23, 2004.

The party legislators led by floor leader Akbaruddin Owaisi had then walked out of the Assembly after the motion was moved.

It was perhaps the first time in parliamentary history of India that a party had refused to endorse a condolence motion to pay tributes to a former Prime Minister.

“We cannot, or even history will not, forget the demolition of Babri Masjid on December 6 in 1992, which was caused due to his political inaction,” Akbaruddin Owaisi had then said. 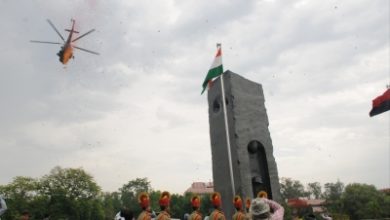