Mumbai, March 23 (IANS) Actor Roshan Mathews, who is best known for his roles in “Mothoon” and “Puthiya Niyamam”, will now be seen in director Manjeet Singh's film, which is yet to be titled.

“It's a privilege for me to be working with Manjeet in his next film. I recently got a chance to watch his previous film, ‘Mumbai Cha Raja' on Netflix, and was really impressed by its simplicity and the authenticity of the characters.

“There will be a similar palette in his next film as well, and I have begun the my research and preparation for it. Working in plays around the world has given me the value of preparation– be it physically, mentally, emotionally and spiritually,” Roshan said.

The film is a political satire that puts the spotlight on people who go to various lengths to assert their respective political ideologies, as influenced by society. 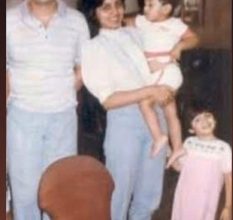 Anurag Kashyap on why he did not work with ‘problematic’ SSR

Rishina Kandhari spent the start of the new year meditating