US tennis star Serena Williams withdraws from the French Open before her second-round match Wednesday because of an injured Achilles heel.

Williams, a three-time former champion at Roland Garros, said she may not play again this year.

According to a media report, Williams hurt herself during her semifinal loss at the U.S. Open three weeks ago, which she called “bad timing” and “bad luck,” and went to lengths to make clear she didn't think this was any sort of sign that she can't continue to pursue trophies in the future.

She said she tried warming up for the match but knew she wasn't able to compete. She spoke to coach Patrick Mouratoglou and, she said, “We kind of both thought about it and we decided it wasn't the best for me to try and play today.”

Williams also said she was yet to decide whether she would play again this season, saying she needed two weeks of complete rest.

Williams also pulled out of the French Open in 2018 with an abdominal injury before a last-16 clash with Maria Sharapova.

Since Williams resumed her career in 2018 after a maternity break she has remained tantalizingly one behind the record 24 Grand Slam titles claimed by Australian Margaret Court.

She lost in the Wimbledon and U.S. Open finals that year, as she did in 2019. 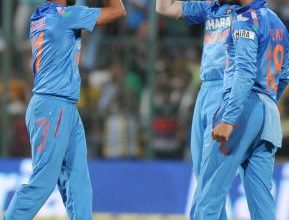 Rohit, Shami ready to spend time at NCA before returning to cricket

I want to be like Babar bhai: 8-year-old fan Samiya

Lucky to get best out of bad situation with new-born: Morgan