The poster of Akshay Kumar, Sara Ali Khan, and Dhanush starrer ‘Atrangi Re' has been recently featured on a building in Times Square, New York. The super-excited Sara shared the latest news with an image on her Instagram story. The Aanand L Rai-directed film also stars Mohammed Zeeshan Ayyub and Dimple Hayathi in pivotal roles.

The actress got quite ecstatic and mentioned in her Instagram story, “Had my dream in this city and now seeing it actualise here.. (Sic).”

She added the location Times Square New York, USA in her post, along with Jay-Z's ‘Empire State of Mind' playing in the background.

Earlier this week, the makers have released the fun and peppy track that titles Garda and features Khiladi Kumar as a magician performing magic and dance on the stage.

Sara Ali Khan, Akshay Kumar, and Dhanush-starrer film ‘Atrangi Re' are all set to premiere on Disney+ Hotstar on December 24. 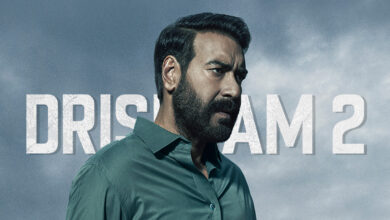 Ajay Devgn holds a shovel in hand in the new poster of Drishyam 2, see the pic

Police complaint against Kangana over her video supporting sister Rangoli

Disha Patani: ‘Baaghi’ franchise has helped me a lot