Popular publicist and producer BA Raju have passed away on Friday (May 21, 2021) after suffering a cardiac arrest.

BA Raju started his career as a film journalist and then become a producer in the Telugu film industry. He made his debut as a film producer with the film Premalo Pavani Kalyan in 2002 and went on to bankroll movies like Premikulu, Chantigaduand Premalo Pavani Kalyan. His sudden demise left the Telugu film industry shocked and saddened. Many celebrities including Prabhas, Jr NTR, Nagarjuna, Chiranjeevi, and others paid tribute to him.

“Not able to process the sudden demise of BA Raju garu. I’ve known him since my childhood. We travelled together for many years and I worked with him very closely (sic).” Mahesh Babu tweeted.

Not able to process the sudden demise of BA Raju garu. I've known him since my childhood. We travelled together for many years and I worked with him very closely. pic.twitter.com/N6gbW8DPxv

Jr NTR, who is currently in isolation after his Covid-19 diagnosis, took to Twitter to express his shock over the demise of BA Raju.

He wrote, “The sudden demise of BA Raju Garu has left me in shock. As one of the most senior film journalists & PRO,he has contributed greatly to the Film Industry. I've known him since my earliest days in TFI. It is a huge loss.Praying for strength to his family. Rest in Peace Raju Garu (sic).”

Nagarjuna Akkineni wrote, “Well wisher and a dear friend of mine for 37 years. RIP dear BA Raju Garu !! @baraju_SuperHit. We will miss you ..The Telugu film industry will miss you!! (sic).”

Did you know Tina Philip who is the lead in Aye Mere Humsafar was a semi-finalist of a singing reality show?

Prithviraj reveals the view he knows best these days 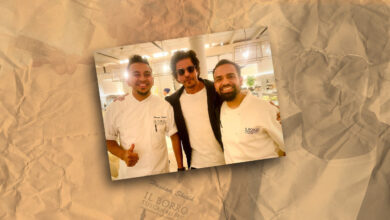 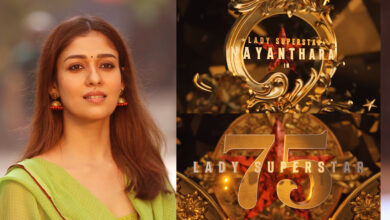