On July 22, Ravi Teja took to Twitter to share a new poster with the film's release date. According to the poster, Ramarao On Duty will release in theatres on July 29. He wrote, “Duty begins from JULY 29th ! See you at the theatres 🙂 #RamaRaoOnDuty #RamaRaoOnDutyOnJULY29 (sic).”

Duty begins from JULY 29th ! See you at the theatres 🙂#RamaRaoOnDuty #RamaRaoOnDutyOnJULY29 😎 pic.twitter.com/SOESJYmrbb

As per the report, Ravi Teja will be seen playing the role of an honest Civil Servant, who is also on the mission of eradicating corruption to help his people suffering from poverty.

Directed by Sarath Mandava, Divyansha Koushik and Rajisha Vijayan have been roped in to play the female leads in the film.

Urvashi Rautela: Virginity should be a girl’s choice

Her battle is like that of Shri Krishna’ against evil: Kangana’s Dad (IANS Exclusive) 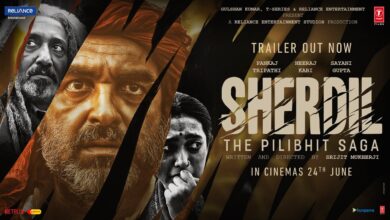 Pankaj Tripathi’s Sherdil The Pilibhit Saga trailer is out, the film to be release on June 24