Beirut, Oct 18 (IANS) Protests erupted in Lebanon over plans for the introduction of a tax on calls made over the Internet using the WhatsApp messenger and similar apps.

Lebanon's cabinet decided to impose a fee on voice/video calls made on WhatsApp and other apps to raise revenues as demonstrators and police clashed on Thursday against the move, according to Arab News.

The government later backed down from the plan to levy 20 cent per day tax on WhatsApp calls as people vented their anger in the second nation-wide protests in less than a month.

Information Minister Jamal al-Jarrah on Thursday said the cabinet had agreed a charge of 20 cents per day for calls via voice over internet protocol (VoIP), used by applications that include FaceTime, Facebook, and WhatsApp.

“We are poor people. Why are they preying upon us? We had free WhatsApp calls — why do they want us to pay the internet bill twice?” One person was quoted as saying.

“The fee could potentially bring in up to $250 million in annual revenues from the country's estimated 3.5 million VoIP users,” the report said.

The tax proposal met with anger, especially among young people and those from low-income groups.

Protesters packed roads from Riad Al-Solh Square in central Beirut all the way to Martyrs Square, chanting “Revolution” and “The people want to take down the regime.”

“Many were also concerned that it was not only designed to boost tax revenue, but also a way to monitor communications and restrict freedom of speech and protests,” the report mentioned.

Eyes can reveal about your traumatic experiences: Study 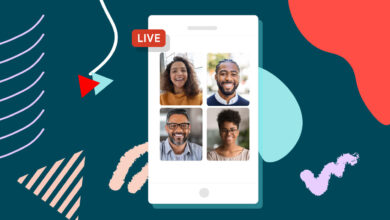 November 4, 2022
Most Viewed
Back to top button
Close
Close