New Delhi, May 23 (IANS) Self styled godman Daati Maharaj, who has been accused of raping two minor girls, has again hit the headlines after he along with some others, was seen offering prayers at the Shani Dham temple in south Delhi's Asola Village, violating the norms and guidelines of lockdown enforced to control the spread of Coronavirus.

The self styled godman along with some others which included old age persons and children were seen performing prayers at the temple on the occasion of ‘Shani Jayanti'. The matter came to light after videos of the incident went viral on the social media.

In one of the videos, some elderly people, children and women were seen offering prayers at the temple amidst the lockdown, violating all the norms of social distancing. It can be clearly seen in the video that the people were not even wearing the masks.

IANS, however, cannot confirm the authenticity of the videos.

As soon as the matter reached to District Magistrate (South) B.M. Mishra, an enquiry has been launched into the incident. Mishra directed the Deputy Commissioner of Police (DCP) south Delhi, Atul Thakur, to probe the matter.

Speaking to IANS over the phone, Thakur confirmed that a probe has been launched and the investigation in the matter is currently underway.

Earlier in March this year, the Delhi High Court asked Daati Maharaj and others to file a response on a CBI plea seeking cancellation of their anticipatory bail in a rape case.

The bail was granted to them by a trial court in January. Justice Chander Shekhar issued the notice to the godman and three of his associates as he listed the matter for next hearing on August 26.

Daati Maharaj alias Dati Madan Lal Rajasthani has been named in the CBI FIR along with Ashok, Arjun and Anil — all known by their first names — for raping a 25-year-old woman at his Ashram in Fatehpur Beri on January 9, 2016, and for having unnatural sex with the victim.

The Delhi Police in June 2018 registered the case on a complaint from the Delhi-based victim and later filed a charge sheet against Daati Maharaj and others. 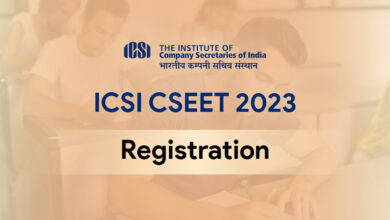 ICSI CSEET 2023 registration process begins for the January exam; here’s how to apply