Mumbai, Sep 14 (IANS) Lyricist Amitabh S. Verma says it was Bollywood composer Pritam who motivated him to turn a singer.

“It was at Film and Television Institute of India (FTII) that I met my close friend Pritam, the renowned music director, who was being trained as a sound recordist. Pritam got me into writing for his compositions at the institute. Thus, began my journey as a lyricist,” recalled Verma, who has written songs for films such as “PK”, “Life In A…Metro” and “My Brother… Nikhil”.

“He (Pritam) always told me to sing a song since I have a good voice. In fact, all my college friends urged me to get back to singing and they inspired me to finally get back to training,” he added.

Verma, who has been in love with the genre of contemporary Sufi, opened up about his new song, “Awalla”.

” ‘Awalla' is the song that depicts love for the eternal, and symbolises transcendental love between a devotee and the eternal. I wanted the visuals of the music video to break stereotypical barriers and be as ethereal and soulful as the song itself. Keeping all these nuances in mind, the song was shot in Mathura. The video of ‘Awalla' has been directed and produced by my wife Shruti.”

Jacqueline Fernandez reminisces about a couple of hit songs 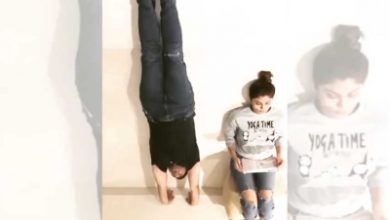 Sushant’s sister molested Rhea after getting drunk, which lead to rift between siblings: Lawyer