Thiruvananthapuram, Aug 4 (IANS) Three days after the BJP launched protests across Kerala to demand the ouster of Chief Minister Pinarayi Vijayan, the Congress state unit too came up with its plan on Tuesday to use the social media to demand his resignation.

The initiative developed by the party's ‘Research and Development Department' headed by party leader Mathew Kuzhalnaden will list all alleged corruption indulged in by the Vijayan government starting with ‘A' and ending with ‘Z' alphabets.

“Every day, one episode will be launched. There will be 26 such episodes to trace each and every corrupt deal of the government led by Vijayan. A new website is also being launched. All people can take part in it and bring to our attention any corrupt deal. We decided to start this initiative as public memory is short and with elections round the corner, we want to expose Vijayan,” said Kuzhalnaden.

State Congress President Mullapally Ramachandran said that while the Communist Party of India-Marxist and the Bharatiya Janata Party has made inroads into the social media, the Congress state unit has now decided to utilise the online platforms.

“Just like the ‘Quit India' movement, we have come up with ‘Quit Kerala' to demand Vijayan's resignation. Not a single day passes when a new corrupt deal does not come out in Kerala. Every corrupt deal has its epicentre in his office,” Ramachandran alleged.

Leader of Opposition Ramesh Chennithala said there was free-for-all situation in Kerala.

“Another fraud has now rocked Kerala, wherein an alleged CPI-M official working in the Treasury Department has siphoned off Rs two crore from the treasury. Finance Minister Thomas Issac cannot wash his hands off this scam. A thorough probe has to take place… there is a need for a vigilance probe that should include inquiry into the role of Issac,” said Chennithala.

Former Chief Minister Oommen Chandy said that Kerala's name has been shamed by this government through its various actions.

“The youths are reeling under numerous scams related to backdoor appointments. We all saw the PSC scam wherein a few people manipulated exams held to recruit constables… backdoor appointments start with daily wage jobs, then on contract, and finally backdoor entries. All these incidents will be included in our social media campaign,” said Chandy.

The Congress leaders asserted there will not be any smear campaign but as per cyber discipline protocol.

Both the Congress and the BJP in Kerala have been demanding Vijayan's resignation after the racket in gold smuggling through diplomatic baggage was unearthed on July 5.

On August 1, the BJP's Kerala unit had launched series of protest demonstrations across the state to demand Vijayan government's resignation.

BJP protests will continue till August 18, with all top state party leaders observing one-day fasts at various place during this period. 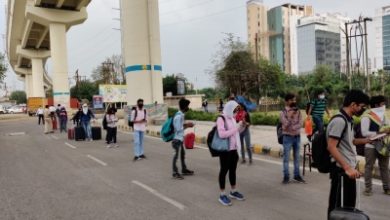 Delhi govt not making optimum use of private labs for testing: HC 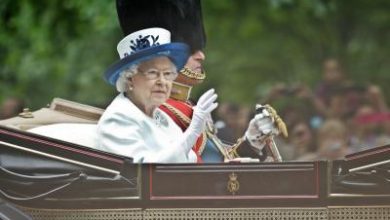 Queen tells UK ‘we will succeed’ in fight against COVID-19