<br>Speaking to IANS, Chhatwal said that any downturn can be an opportunity to take important measures for a business or sector to grow and thrive.

Chhatwal reiterated the industry body's stand that statutory levies should be deferred as operations of hotels are almost shut and emphasised on the long standing demand of industry status for tourism.

Noting that although support for survival is the need of the hour, the government can simultaneously come up with measures for its revival and long term growth. He said: “We have to do all three together as one package so that, we can survive, revive and also thrive.”

He said that as short term measures the association has sought deferment of all statutory liabilities including EMI's to a minimum of 12 months at centre, state and municipal levels along with employment subsidy for three months by government contribution per employee of 50 per cent of the salary.

For revival of the sector, he noted that certain levies such as lease, license, rentals and excise fees and as well as property taxes should be waived for the COVID-19 period as the properties are unutilised and operations are halted.

Talking of the long run growth of the sector, he said that the government should consider providing the industry or infrastructure status for the tourism sector.

“If you are declared as an industry you get certain benefits such as cheaper loans, cheaper utility services and so on,” said Chhatwal.

He also told IANS that tourism should be brought under the Concurrent List of the Constitution.

This also has been a long standing demand of the sector for uniform industry policies across states and less variation in the operations from state to state.

Chhatwal, who is MD and CEO of Indian Hotels Company Ltd, observed: “While the sector could see demand levels dropping by as high as 30 per cent in the short to medium term, once a vaccine is developed or the disease mutates and disappears, demand can also swing back just as fast as public memory is short and there is a great degree of pent up need to travel,” he said.

Regarding the changes the sector may see as the pandemic subsides, he said that new hygiene norms would come up and things like sitting arrangements in restaurants and other facilities may change, keeping in view the concept of social distancing.

“Even post shutdown there will be new hygiene norms. Similarly, maybe people will be going through a scanner to see if you are infected. There will be a new normal and some of these things will be part of our life,” Chhatwal said.

He noted that it would also depend upon how the industry reacts and communicates to the consumers, how clean a hotel or its vicinity is.

In its recent letter to the Prime Minister, the Hotel Association of India talked of the pain suffered by the sector during the current crisis and said that with no air or train or road traffic, the hotels are empty, its restaurants and recreational facilities are shut and the likelihood of the revival in the short term is uncertain.

With an economic valuation of $247 billion, the Indian hospitality segment accounts for 9.2 per cent of the overall GDP.

(Rituraj Baruah can be contacted at rituraj.b@ians.in) 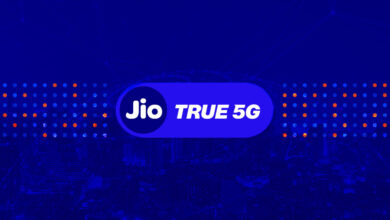 India’s WPI rises but remains in negative zone in June