New Delhi, Aug 26 (IANS) A day after the Enforcement Directorate (ED) wrote to the Narcotics Control Bureau (NCB) to look into the drug angle in the Sushant Singh Rajput death case, the NCB registered a case on the basis of the ED communique on Wednesday.

NCB chief Rakesh Asthana told IANS: “We have filed a case on the basis of the letter from the ED.”

Asthana said that a case has been registered under the NDPS Act and the agency will soon conduct an inquiry and question people concerned.

The officer said that the ED probe into the financial aspects of the death case had allegedly found an angle of drug supply to Rhea Chakraborty.

The Enforcement Directorate wrote to the NCB on Tuesday evening after it got some leads related to alleged use of drugs in the chat records of Rhea and others.

The ED on Wednesday summoned Jaya Saha, the talent manager of Rhea, for questioning after it came to the fore that the actor had shared a few messages related to drugs with her.

However, the ED remained tightlipped on the kind of drugs provided to Sushant and Rhea.

Meanwhile, Rhea's lawyer Satish Maneshinde on Tuesday night said in a statement: “Rhea has never consumed drugs in her life ever. She's ready for a blood test any time.”

THe ED registered a case of money laundering on July 31 the basis of a Bihar Police FIR filed by Sushant's father KK Singh who alleged transactions of Rs 15 crore with some bank accounts with which Sushant had no connection.

The ED has also recorded the statement of Sushant's father and sisters Priyanka and Meetu. 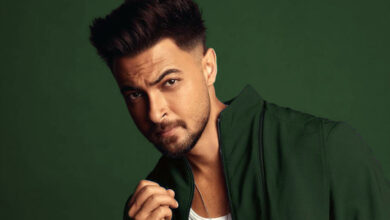 Tom Hanks on his battle with coronavirus