The teaser of Nayanthara's upcoming Tamil horror movie ‘Connect' was released on Friday on her 38th birthday. The short video opens with a shot of a girl knocking on the door. It soon becomes clear that she is trapped in a room with an unidentified entity. The focus shifts to Anupam Kher as he tries to deal with some paranormal activity.

The film is produced by Vignesh Shivan under the Rowdy Pictures banner. Its music is composed by Prithvi Chandrasekhar and the cinematography is created by Manikantan Ramachary.

‘Connect' is scheduled to release in theatres on December 22.

Meanwhile, on the work front, Nayanthara has another film to release this year titled, ‘Gold’ with Prithviraj Sukumar, and is directed by Alphonse Putheran. She is currently shooting for her Bollywood debut film ‘Jawan’ with Shah Rukh Khan and also has the project ‘Iraivan’ and the tentatively titled ‘Lady Superstar 75’ in the pipeline. 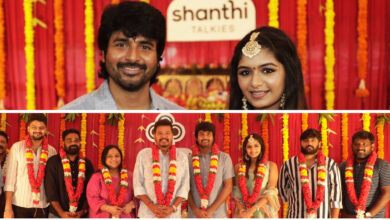