Naga Chaitanya will next be seen leading director Venkat Prabhu's untitled project ‘NC22'. Krithi Shetty has been roped in to play the female lead in this film. Now, the latest update about the project is that the movie will go on the floors from tomorrow, i.e. 21st September.

Sharing the update, the makers tweeted, “With Divine Blessings of #ANR Garu, We announce an electrifying update about our prestigious project in collaboration with @chay_akkineni and @vp_offl #NC22ActionBegins from tomorrow (sic).”

With Divine Blessings of #ANR Garu,

The filming will take place at Ramoji Film City in Hyderabad. From the poster, it looks like Naga Chaitanya is likely to play the role of a police officer. His look for the movie has been kept under wraps.

Here’s why Richa Chadha was initially depressed in lockdown 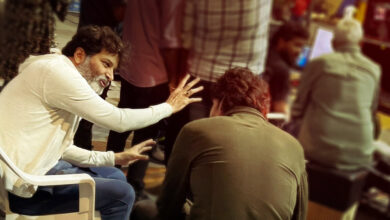