Mumbai, Oct 18 (IANS) Maharashtra Cyber Cell has roped in Artificial Intelligence (AI) start-up Logically to fight news ahead of the Assembly elections in the state.

The company has been monitoring various social media platforms such as Facebook, Twitter, YouTube and Instagram for Model Code of Conduct (MCC) violations for the past 20 days, Logically said, adding that these violations are then reported to the Election Commission of India for further actions.

In addition to bringing an arsenal of tools to detect and track problematic content, Logically has also dedicated 20 fact-checkers and verification experts, to form a collaborative reporting mechanism along with Maharashtra Cyber Cell.

It has set up a war-room in Maharashtra Cyber Office at World Trade Center, Mumbai that forms the central hub of all detection, tracking and reporting activities, Logically said in a statement.

“While monitoring candidates, we realised that more than the candidates themselves, most of the amplification of problematic content is conducted by their followers, bots and bad actors such as foreign governments,” said Lyric Jain, the 23-year-old Founder and Promoter at Logically.

“We are constantly keeping a watch on these unscrupulous agents who spread misinformation or disinformation,” Jain added.

Logically has also been monitoring fake news on Maharashtra elections and continues to fact check claims provided by its users.

“So far misinformation regarding EVMs (electronic voting machines) as well as doctored videos on EVMs being tampered with are extremely popular. Our previous experience with General Elections teaches us that this is just a start,” Jain said.

“During the Lok Sabha elections, we detected 33,000 pieces of ‘fake news'. However, the most active days were either on the day of elections or on results day. The most popular type of content on these days was misinformation about polling booths being moved and dates being changed which could be a possible attempt at voter suppression,” he added. 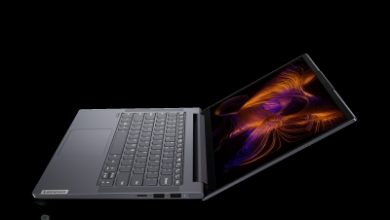 December 12, 2019
Most Viewed
Back to top button
Close
Close