Mumbai, April 23 (IANS) Richa Chadha may have made a “kick-ass” gluten-free pasta to better utilise her lockdown hours, but the actress says she is “not interested in cooking”!

Sharing a picture of her culinary delight on Instagram, Richa wrote: “Made kick-ass sun-dried tomato, gluten free pasta with olives etc…and ate it in a cup! Cuz #bartan!

Her reluctance to wash utensils is also clearly evident from her caption, and netizens pulled her leg on this point.

Commenting on her post, one user teased: “Who will wash the utensils?”

Another user suggested, Richa should make her beau Ali Fazal do the dishes and wrote: “Bartan Ali ko dhona padega” (Now Ali will have to do the dishes).

Even though Richa is trying her hands at cooking during the lockdown period, the actress has in the past repeatedly mentioned that she doesn't like to cook.

Recently, Richa had shared a photo of her breakfast prepared with oats, strawberries, banana, green grapes and almond milk and mentioned: “I still hate cooking…but no choice!”

In another post, where she had shared a picture of vegan pesto pasta, the actress had written: “Guys, must confess, not interested in cooking.”

Jyothika: Direct to OTT release a boost for regional films

Alfonso Cuaron taught me how to be a professional filmmaker: Chaitanya Tamhane 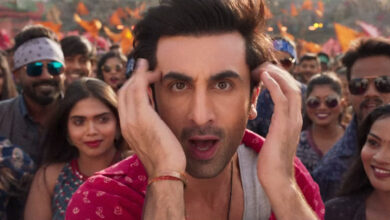