Bollywood actress Alia Bhatt is currently awaiting the release of her upcoming Netflix film ‘Darlings'. On Tuesday, the makers of the film released a new song from the film titled ‘La Ilaaj'.

The song is sung by Arijit Singh, ‘La Ilaaj' has been composed by Visha Bhadrwaj, and Gulzar has written the lyrics.

Taking to her official Twitter handle, Alia shared the YouTube link to the song ‘La Ilaaj' and wrote, “from our heart to yours! La Ilaaj out now (sic).”

from our heart to yours!
La Ilaaj out now🎶🖤https://t.co/VB4k6l6DrA

The song starts with Badrunissa (Alia Bhatt) sitting near a road with kulfis in her hand. It also throws light on her sour relationship with her husband Hamza Shaikh (played by Vijay Varma) due to his drinking problem. In one part of the song, Alia is seen lying on the floor with blood on her face. The song ends with Alia's glamorous transformation. 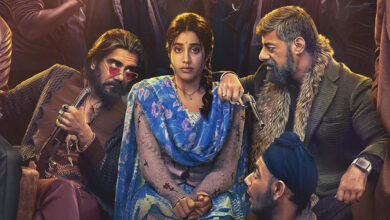