Bollywood actress Kangana Ranaut has been summoned by the Mumbai police in relation to the defamation case filed by veteran writer-lyricist Javed Akhtar.

Kangana has been asked to appear before the Juhu police on January 22 (Friday).

Akhtar had filed a criminal complaint against Ranaut for allegedly making defamatory comments against him in television interviews.

Earlier, a magistrate court in Mumbai on January 17 allowed the police time till February 1 to file a report of their inquiry into the defamation complaint. In December 2020, the court had asked the Juhu police to investigate the matter and submit its report on January 16, 2021.

Akhtar had in November 2020 filed a criminal complaint against Kangana before the Andheri Metropolitan Magistrate.

In his complaint, Akhtar alleged that Kangana dragged his name while referring to a “coterie” existing in Bollywood, speaking at an interview after the death of actor Sushant Singh Rajput in June 2020. It also stated that Kangana had said that Akhtar had threatened her to not speak about her alleged relationship with actor Hrithik Roshan. It noted that Kangana's remarks tarnished Akhtar's public image.

Kangana has been embroiled in several controversies and many cases have been filed against her for her statements and tweets. 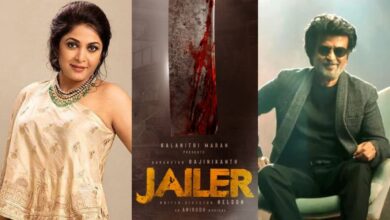 Ranju Ki Betiyaan – Bulbul says her mother is her motivation