Bollywood actress Kangana Ranaut is busy with her maiden production ‘Tiku weds Sheru'. The film stars Avneet Kaur and Nawazuddin Siddiqui in pivotal roles. The shooting of the film began in the first week of November. Recently, the actress took to her Instagram handle to share a BTS picture from the set.

The ‘Queen' actress shared a picture where she can be seen working on the sets. The post was captioned as, “Most gratifying is to be a worker on the sets, BTS from Tiku weds Sheru”.

Meanwhile, Kangana recently was in the headlines after her remark on Freedom of India. Amid this, she also wrapped up her film Tejas and was snapped at the wrap-up party last week. The film will star Kangana in the role of an Air Force pilot. Besides Tejas, Kangana also will be seen in Dhaakad with Arjun Rampal and Divya Dutta. The film is directed by Razneesh Ghai and backed by Sohail Maklai. It will release next year. 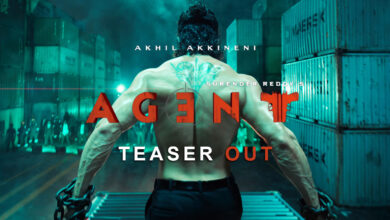 Akhil Akkineni’s ‘Agent’ teaser is out, film to release on August 12