Hardik Pandya and Kane Williamson unveiled India vs New Zealand T20 Series Trophy on Wednesday. The Blackcaps take on the Men in Blue in the three-game T20 series starting Friday. Williamson will lead the home side, having featured in New Zealand’s T20 WC semifinal exit in Australia. While the visitors will compete under the captaincy of Hardik Pandya.

How's that for a Trophy unveil! 🤩 🏆#TeamIndia | #NZvIND

India men’s tour of New Zealand will begin from Nov 18 (Friday) to till Nov 30. The limited-over series will consist of three T20Is and an equal number of ODIs.

India vs New Zealand 1st T20I will be played on Friday, 18th November at the Sky Stadium in Wellington. The teams will shift bases to Mount Maunganui for the second T20I which will be played at the Bay Oval on November 20, Sunday. 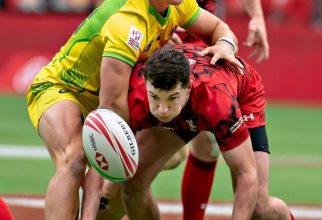 Want to get big scores like Rohit Sharma: Haider Ali

Don’t think any c’ship is less valuable than another one, feels Wolff