Gandhinagar, April 27 (IANS) Gujarat on Monday recorded another 247 positive cases, with Ahmedabad accounting nearly 80 per cent of them, to take the state's coronavirus tally to 3,548, while 11 more succumbed, taking the death toll to 162.

More and more positive cases are emerging in Gujarat as the intensified surveillance and testing continues in thestate's hotspots and containment clusters, especially in Ahmedabad. The state has been witnessing coronavirus cases being added to the total in three digits everyday since more than a fortnight.

Out of the 247 positive cases found from 9 districts of the state, Ahmedabad continued to lead with 197, or 79.75 per cent. It was followed by Surat with 30, Vadodara with 6, Gandhinagar with 5, Panchmahals 3, Anand 2 and one each in Botad, Dang and Rajkot. There are 3 districts still in the state where the Corona has not shown is appearance till now – Amreli, Devbhoomi Dwarka and Junagadh.

Ahmedabad continued to lead the state with maximum positive cases – 2,378, followed by Surat with 556, Vadodara with 240, Anand 51, Rajkot 46, Bhavnagar 40, Gandhinagar 30, Bharuch 29, Banaskantha 28, Panchmahals 20, Aravalli 18, Patan 17, Chotta Udepur and Botad with 13 each, Narmada 12, Mahisagar 10, Mahesana 7, Kutch and Kheda with 6 each, Valsad 5, Dahod 4, Porbandar, Gir-Somnath and Sabarkantha and Navsari with 3 each, Dang and Jamnagar with 2 each, and Morbi, Tapi and Surendranagar with one each.

There are a total 2,992 active cases, out of which the condition of 2,961 is stable, whereas 31 critical patients are still on ventilator.

Of the 11 deaths reported on Monday, five were from Ahmedabad, four from Surat and one each from Vadodara and Palanpur.

No special trains for stranded migrants: Railways clarifies yet again 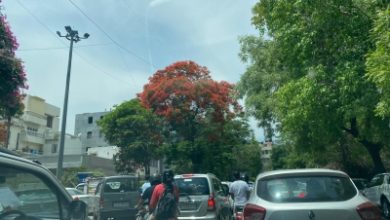 Traffic jams in Delhi, chaos at inter-state checkpoints on 1st day of lockdown 3.0