The crime thriller has Dulquer playing the titular role. Sunny Deol’s character looks intense in the video. There are multiple references to legendary actor Guru Dutt in the 1 minute 59-second trailer.

The video opens with multiple murders taking place in the city with a common star-shaped wound on the victims’ forehead. On the there hand, Sunny Deol trying to track down this serial killer.

Sunny Deol shared the trailer of Chup and wrote, “Trailer of #CHUP! For your review #ChupTrailerOutNow #ChupRevengeOfTheArtist #ChupOn23September (sic).”

The Director of Photography is done by Vishal Sinha and the music composers are S D Burman, Amit Trivedi, Sneha Khanwalkar, and Aman Pant. The songs are penned by Sahir Ludhianvi, Kaifi Azmi, and Swanand Kirkire.

The film is scheduled to release on 23rd September 2022.

Angelina Jolie on how mother’s death changed her 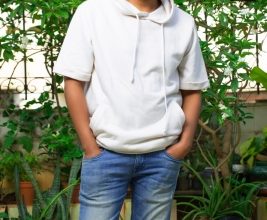 ‘We are in the 21st century and keep talking about change’, says Deepshika Nagpal

‘The Hunger Games’ prequel in pipeline