Ahead of the film’s release, on Wednesday, the makers of Kamal Haasan's ‘Vikram' have unveiled the first look of actor Suriya from the film. As per the report, the actor is all set for his special appearance in the film. However, as of now, his role has been kept a secret.

Taking to Twitter director Lokesh Kanagaraj shared the first look of Suriya and wrote, “Thank you soo much @Suriya_offl sir for this #VikramFromJune3 (sic).”

Kamal Haasan is said to be playing a cop in ‘Vikram', while Fahadh Faasil and Vijay Sethupathi play crucial roles and will share screen space with the legendary actor for the first time. Directed by Lokesh Kanagaraj, the film also stars Arjun Das, Kalidas Jayaram, Narain, Shivani, and Myna Nandhini among many others. The film music has composed by Anirudh Ravichander.

‘Vikram' is slated to hit big screens on June 3. 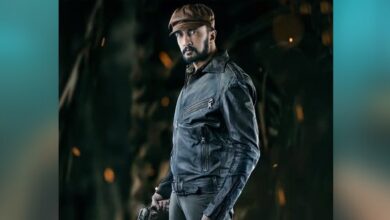 Kichcha Sudeep starrer ‘Vikrant Rona’ to release on OTT on this date; details inside

Ramayan’s Ravan, actor Arvind Trivedi, passed away at 82 in Mumbai

Mahesh Shetty on Sushant: How I wish that call had come through