Shamli Superintendent of Police Vinit Jaiswal confirmed the raid to IANS. “A Delhi Police team consisting of five officers and a driver arrived in Kandhala in a vehicle around 10 a.m. The Crime Branch team registered its presence in the police diary,” Singh said. Sources in Crime Branch in Delhi too acknowledged that its team was at Saad's farmhouse.

According to Kandhala police, the six-member Crime Branch team asked for additional staff from the police station, which was given. “We are not aware of the investigation or whom the Crime Branch team has met in the farmhouse,” Jaiswal said.

Since March 31, there has not been any face-to-face interaction between the Maulana and Crime Branch officials.

Delhi Police officials are tight-lipped even since facing severe flak for allowing a gathering of hundreds of Maulana's followers at his Jamaat headquarters in Nizamuddin, many of whom were later found to be coronavirus-positive and carriers of the virus across the country. Sources said the police are awaiting “something solid” against the accused before making any statement.

(Sanjeev Kumar Singh Chauhan can be contacted at sanjeev.c@ians.in) 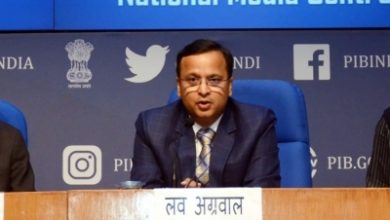 The Mammootty saga rolls on, as actor enters his golden jubilee year