The makers of Chiyaan Vikram's Ponniyin Selvan Part 1 unveiled the film’s second song ‘Chola Chola' on Friday. The music of ‘Chola Chola' is composed by AR Rahman and the song is sung by Vishal Mishra, Swagat Rathod. The lyrics are penned by Mehboob Kotwal.

The song ‘Chola Chola' is dedicated to Chiyaan Vikram's character Aditya Karikalan and talks about his love interest Nandini aka Aishwarya Rai Bachchan.

Sharing the song ‘Chola Chola' on Twitter the film production house Lyca Productions wrote, “This is our battle cry! #CholaChola single from #PS1 OUT NOW on @Tipsofficial YouTube Channel (sic).”

This is our battle cry! #CholaChola single from #PS1 OUT NOW on @Tipsofficial YouTube Channel!

Directed by Mani Ratnam, the film, which is based on a classic novel written in Tamil by Kalki Krishnamurthy and takes place in the 10th century, centres on the early life of Chola Prince Arunmozhi Varman, who later became known as the great Chola emperor Raja Raja Chola and was the most powerful king in South India at the time. The novel was originally written in Tamil.

The cast has a number of well-known actors and actresses, including Chiyaan Vikram, Aishwarya Rai Bachchan, Karthi, Jayam Ravi, Trisha, Aishwarya Lekshmi, and Sobhita Dhulipala, amongst others.

The first part of the film is set to hit the big screens on September 30 this year in five languages – Tamil, Telugu, Malayalam, Kannada, and Hindi.

Sushant’s sister: As mantras were chanted, steps towards justice were taken 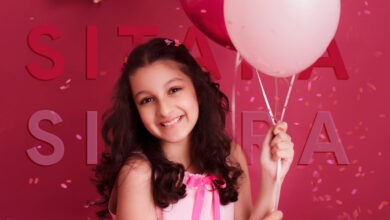