New Delhi, June 23 (IANS) After the BJP targeted former Prime Minister Manmohan Singh on the Chinese incursions during the UPA government, senior Congress leader P. Chidambaram on Tuesday hit back at the BJP national President J.P. Nadda, saying there were incursions during 2010-13 but no Indian territory was occupied and no Indian soldier's life was lost. Chidambaram dared Nadda to question Prime Minister Narendra Modi on 2,264 incursions since 2014.

“BJP President J.P. Nadda asked ex-Prime Minister Dr Manmohan Singh to explain the 600 Chinese incursions into India between 2010 and 2013. Yes, there were incursions but no Indian territory was occupied by China and no lives of Indian soldiers were lost in violent clashes,” Chidambaram said in a series of tweets.

“Will J.P. Nadda please ask the present PM to explain the 2,264 Chinese incursions since 2015? I bet he will not dare to ask that question,” former union home minister said in another tweet.

His remarks came after Nadda launched an offensive against the Congress on Tuesday morning. “First, Congress signs MoU with Chinese Communist Party. Then, Congress surrenders land to China. During Doklam issue, Rahul Gandhi secretly goes to Chinese embassy. During crucial situations, Rahul Gandhi tries to divide the nation and demoralise armed forces. Effects of MoU?” Nadda said in a tweet on Tuesday.

On Monday, a war of words erupted between the Congress and the BJP after Manmohan Singh in a statement launched a scathing attack on the Prime Minister saying “disinformation” on the Chinese transgression will be a “betrayal” to the sacrifice made by the Indian soldiers at the LAC and it was neither a “substitute for diplomacy” nor “decisive leadership”.

Nadda had said, “Dear Dr Singh and Congress party, please stop insulting our forces repeatedly, questioning their valour. You did this post the air strikes and surgical strikes. Please understand the true meaning of national unity, especially in such times. It's never too late to improve.” 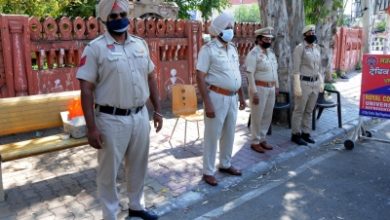 Covid-19 tally will be updated once a day: Health Ministry

Work from Home Without Ruining Your Relationships