Chennai, June 11 (IANS) The work on reconciliation of Covid-19 death figures in Chennai has begun with the Greater Chennai Corporation (GCC), said a top official of the Directorate of Public Health and Preventive Medicine.

The move came following discrepancies noticed in the toll, after it was estimated that deaths at individual homes due to the virus was perhaps going under reported.

“An expert committee has been constituted and it will go into the details of the data submitted by the GCC,” T.S.Selvavinayagam, Director told IANS.

He said the members of the committee will get the data from GCC.

The GCC in its turn will be collecting the data from its burial grounds located in different parts of the city.

The Directorate of Public Health and Preventive Medicine has also written to GCC to submit the Covid-19 deaths from March onwards and daily intimation henceforth.

According to GCC officials data from its burial grounds are being collected to check the Covid-19 toll so far.

While officials do not want to speculate on the number of unreported Covid-19 deaths in the city, there are reports that the number is over 250.

The Health Department has been announcing the death of Covid-19 patients who were admitted in hospitals-government and private.

However, the deaths that happened at home due to Covid-19 symptoms were not included as they were not reported.

As of Wednesday the officially announced Covid-19 death toll in the state was 326 out of which Chennai accounts for 260.

Officials said the difference in numbers may be due to communication gap between the different agencies.

Selvavinayagam also said if there are cases of non-reporting of Covid-19 deaths in other parts of the state, reconciliation of that data will also be done.

Officials said the under reporting of data in districts may not be there as the number of officially notified deaths are low.

They also said there may be time lag in reporting the Covid-19 death numbers by different government agencies.

Tamil Nadu has been claiming that the Covid-19 death rate in the state is about 0.8 per cent.

If the said unreported Covid-19 deaths are to be added to the total tally then there may be an increase in the death percentage.

According to the Health Department, a total of 36,841 persons have tested positive for coronavirus in the state till Wednesday.

Out of that 19,333 persons were cured of Covid-19 disease and have been discharged from various hospitals and the total number of active cases were 17,179. 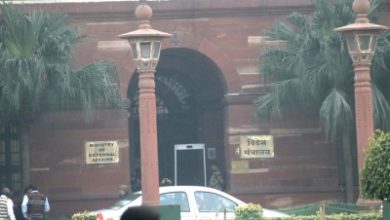 Four migrant workers embark on bicycles from Vijayawada to Agra