Las Vegas, Jan 7 (IANS) Leading brain machine interface (BMI) and Artificial Intelligence (AI) technology company BrainCo is looking at expanding its base outside China in the Asia Pacific region into India with its state-of-the-art tech solutions for education sector and is latest launch AI-powered prosthetic hand.

Talking to IANS, BrainCo USA president Max Newlon said that India would be potential for its products and soon the company would explore its presence in the market that presents vast potential.

“We have expanded in China in a big way and would not shy at looking at investments in India. However, fist the company would like to strengthen its foothold in the existing market and establish its prosthetic offerings in US before looking at other markets,” he said.

At CES, BrainCo launched prosthetic arm that works with an amputee's brain waves and muscle signals to intuit the movement they want to make. The product is undergoing the FDA approval process but is ifekt available in China.

Through a software platform, the user trains the prosthetic using those electrical signals to perform an unlimited number of gestures, down to moving individual fingers — even playing a piano and writing calligraphy. The best part is that this smart prosthetic arm costs just about $ 10,000 to $ 15,000 unlike $ 60,000 for similar high end products available from other companies. “The pricing could be attractive even for users in India,” Newlon said.

The company also makes wearable headband that detects and quantifies students' attention levels in the classroom. It works in conjunction with Focus EDU, the world's first classroom portal for teachers to assess the effectiveness of their teaching methods in real time and make adjustments accordingly.

The wearable also provides users to perfect their gaming skills by reaching the goals achieved by top athletes across the globe. The gadget maps the brain wave of athletes and presents them before any user of wearable with target to reach that levels by pushing their brainwaves.

Founded in 2015 by scientists and engineers from Harvard and MIT, BrainCo is now recognized as a leading BMI and Artificial Intelligence technology company. 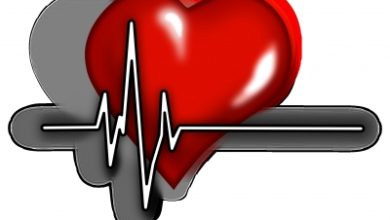 As lay-offs loom over IT sector, Telangana urges Centre to act