Bengaluru, Aug 17 (IANS) A fact-finding committee of the ruling BJP has blamed the opposition Congress and the Socialist Democratic Party of India (SDPI) for the riots in Bengaluru's eastern suburb last week that led to three deaths in police firing and the arrest of over 300 people, a party official said on Monday.

“The panel, headed by senior BJP leader Arvind Limbavali, visited the riot-hit areas on Sunday and spoke to victims of the mob violence, including Congress legislator Akhanda Srinivasa Murthy whose house was burnt in the arson and mob fury, triggered by a derogatory post on social media by his nephew P. Naveen on August 11,” the official told IANS here.

Had Murthy or his party (Congress) acted in time against Naveen for the derogatory post and sought police intervention, the situation would not have gone out of control, leading to mob violence, arson, looting and destroying public property, including burning the D.J. Halli police station in the area, noted the official.

“The fact that about a dozen SDPI members have been arrested for allegedly instigating the unruly mobs to go on the rampage and the failure of the Congress state unit in coming to the rescue of its own legislator on that fateful night exposes its ineptness in handling the situation.” .

Though Congress leaders, including its state unit President D.K. Shivakumar and former Home Minister G. Parameshwara said intelligence failure and inaction of the local police led to the riots, the BJP probe panel said the sudden mob attack on Murthy's house and the police station with iron rods, stones, petrol cans and bottles showed that it was pre-planned and well organised.

“According to the people in the locality and eye witnesses, about 800 people, mostly youth, descended on Murthy's house to protest against the derogatory post and wanted his nephew to be arrested for offending them.

“They prevented the police and the fire brigade in reaching the house, which was burning. The culprits also ran to the police station and set it on fire,” recalled the official.

The BJP's Lok Sabha member from the Bengaluru Central constituency P.C. Mohan, a member of the probe panel, said while the frenzy mob attacked the MLA's house and the police station, some of the protesters formed a human chain to protect a temple in the locality from being attacked and vandalised.

Refuting the charges, Shivakumar said the police failed to act in time even hours after a complaint was filed against Naveen and the protestors assembled at the MLA's house and its own police station in large numbers.

“We have also set up a 6-member inquiry committee headed by Parameshwara to ascertain what triggered the riots and who were behind it,” Shivakumar told IANS.

Meanwhile, Congress leader and Rajya Sabha member Mallikarjun Kharge sought a judicial inquiry into the riots in the Pulakeshinagar (reserved) assembly segment, represented by Murthy, instead of a magisterial probe ordered by the state government last week.

“Only a judicial inquiry by a high court judge will be able to bring out the truth behind the riots in the area which is represented by our MLA,” said Kharge. 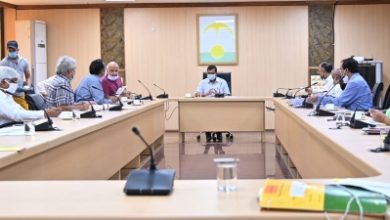