On Monday, Bollywood superstar Shah Rukh Khan’s son Aryan Khan got active on his Instagram after a long time. Taking to his Instagram account Aryan shared some pictures with his siblings Suhana Khan and AbRam Khan.

In the first photo, Aryan is posing while embracing his sister Suhana and brother AbRam. A cute smile is seen on the faces of all three in this photo. In this picture, Aryan is wearing an olive green color T-shirt, black jeans, and a light green denim jacket. At the same time, Suhana carried a denim look and AbRam carried a black hoodie and blue denim.

At the same time, AbRam and Aryan Khan are seen together in the second picture. In this photo, the cute smile of ‘Chhote Khan' i.e, AbRam is going to win hearts. While fans are showering love for Aryan Khan in the comment section, Suhana Khan and Shah Rukh Khan have also commented on the post. Commenting on the photos, Suhana wrote, ‘Love you and for the second photo she commented, ‘Thank you for cropping me.'

Shahrukh Khan is also very happy to see this cute photo of his children. Commenting on Aryan Khan's post, he wrote, ‘Why don't I have these photos? Give me these photos now.'

In October 2021, the Narcotics Control Bureau (NCB) raided a cruise ship off the coast of Mumbai after which Aryan was arrested on the grounds of possession of banned narcotic drugs.

He had to spend three weeks in custody before he was granted bail by a Mumbai court.

The NCB gave Aryan a clean chit earlier this year after he was not named an accused in the charge sheet filed in the case.

Pankaj Tripathi to be honored with a special award at IFFM 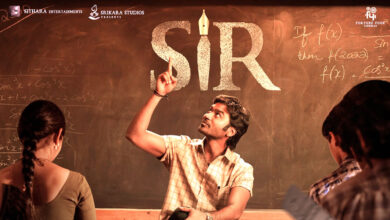 Dhanush’s Vaathi to release in theatres on this date, see the new poster here