Taking to her Twitter handle, the actress treated fans with glimpses of her new project.

The video that Anushka Sharma shared, begins with the script of Chakda Xpress. Then we get a glimpse of Anushka Sharma reading the script, writing something. We also see her cricket bag, her bat, and her ball. Then comes a visual of Anushka in Indian cricket uniform on the pitch with her bat. We can also hear the director Prosit Roy talking about making this film.

Sharing this video, Anushka wrote, “Here's a glimpse into the Chakda ‘Xpress journey with our earnest director
@prositroy (sic).”

In the film, the actress will be seen portraying the character of an Indian woman cricketer, Jhulan Goswami. It is directed by Prosit Roy and backed by Karnesh Ssharma's Clean Slate Filmz. This marks Anushka's comeback to acting after four years. She was last seen in the 2018 film ‘Zero’ alongside Shah Rukh Khan and Katrina Kaif.

The film will release on Netflix later this year. 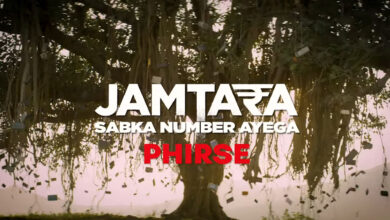 Jamtara season 2 teaser is out, to premiere on September 23 on Netflix

Sudheer Babu: ‘V’ is more than just about a killer and a cop