Ahead of the film trailer, the makers of ‘Bachchhan Paandey' today have unveiled a new poster of the film which features Kriti Sanon and Akshay Kumar. The film is directed by Farhad Samji and backed by Sajid Nadiadwala.

Taking to her social media handle Kriti has shared the new poster of the film. Along with it, she also revealed that the trailer will be dropped at 10:40 AM on February 18.

The new poster shows Akshay Kumar as a toughie as he drives a motorbike, while Kriti also is seen in a gangster avatar as she hugs Akshay with one hand and points a gun from another.

The casting is half the battle won (Column: B-Town) 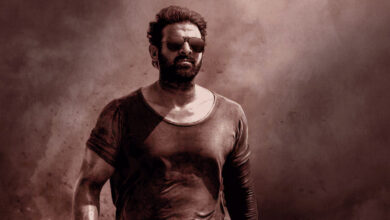 Prabhas’ Salaar to hit the theatres on September 28, 2023

Pallavi Joshi to reunite with Renuka Sahane through ‘Antaksari’