Bollywood's action star Ajay Devgn, on Saturday, shared an intriguing poster of his much-awaited film ‘Bholaa'. Directed and produced by him, the film will hit the big screen on March 30, 2023.

The latest poster features Devgn in a rugged avatar donning an all-black attire with a red scarf. He can be seen holding a huge trident on his back and a big sectarian mark on his forehead.

The actor also shared the poster himself on his official Twitter handle with an informative note that unveils that the second teaser of ‘Bholaa' is set to release on January 24.

Apart from Ajay Devgn, Bholaa will also feature Tabu, Sanjay Mishra, Makrand Deshpande, and Deepak Dobriyal in important roles. As per the report, popular south Indian actress, Amala Paul is set to make a cameo appearance in the film.

The original Tamil film, which was written and directed by Lokesh Kanagaraj, revolved around an ex-convict (played by Karthi) who decides to meet his daughter for the first time after being released from prison but gets caught in a face-off between police and drug mafia. 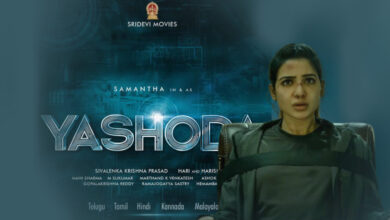 Madhuri Dixit ‘instantly decided’ to be part of ‘Saajan’