American software company Adobe developing AI with the researchers from the University of California, Berkeley to identify fake Images.

Day by day, facial manipulation is increasing, and it is now tough to the difference between the original and the fake pictures.

Together they trained a convolutional neural network (CNN) to identify changes in images made with Photoshop’s “Face Away Liquify” feature. This feature was intentionally designed to change facial features like eyes and mouth.
On testings, human eyes were able to identify fake faces with a 53 percent accuracy whereas the neural network detected the fake faces with a 99 percent accuracy rate.

The company wrote in a blog post on Friday, “This new research is part of a broader effort across Adobe to better detect image, video, audio and document manipulations.”

Gavin Miller, Head of Research, Adobe said, “This is an important step in being able to detect certain types of image editing, and the undo capability works surprisingly well. Beyond technologies like this, the best defence will be a sophisticated public who know that content can be manipulated, often to delight them, but sometimes to mislead them as well”.

“The idea of a magic universal ‘undo’ button to revert image edits is still far from reality,” Adobe researcher Richard Zhang, who helped conduct the work, said in a company blog post. “But we live in a world where it’s becoming harder to trust the digital information we consume, and I look forward to further exploring this area of research.”

Older workers with obesity at higher risk of losing jobs 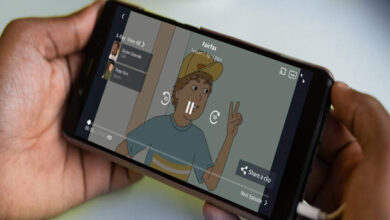