Mumbai, April 22 (IANS) Young actor Aditya Rawal, son of the veteran Paresh Rawal, says although “Bamfaad” was a perfect debut film for him to prove his acting skill as a debutant, it wasnt easy for him to bag the project and that he had his share of struggle too.

“I am fortunate to have everything that I have dreamt of, but (I have it) after three years of struggle. Not that I have got everything on a platter, and perhaps that is why I value everything. I studied in NYU, auditioned, did theatre and wrote stories. I have done everything that a struggler does in his initial days. So when finally my debut happened with ‘Bamfaad' I take it for what it is — an opportunity to explore. I did not take it as pressure that comes along with a film, but as the chance to prove my skill as an actor,” claimed Aditya, while speaking to IANS.

“Bamfaad” also features Vijay Varma, Jatin Sarna among others, and is streaming on ZEE5.

His co-actor Vijay mentioned: “Aditya is surely a talent to watch out. Being a Juhu brat, the way he played the character Nasir Jamal in the film, it looked convincing. He did not have the air of being the son of a veteran actor like Paresh ji. We chatted for long on films, and obviously world cinema is our common interest area.”

Aditya has studied creative writing abroad, so does it make him a better judge of a script? “Most definitely yes. I think studying scriptwriting and doing theatres in London and NYC has given me a better understanding of the craft. It will help me in future to choose the right script. I understand the intention of a writer in the process of creating a character better,” he replied.

Rhea Chakraborty reveals ‘only property of Sushant that I possess’ 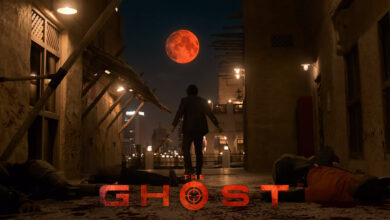 Nagarjuna Akkineni’s ‘The Ghost’ teaser is out, film to be release on October 5